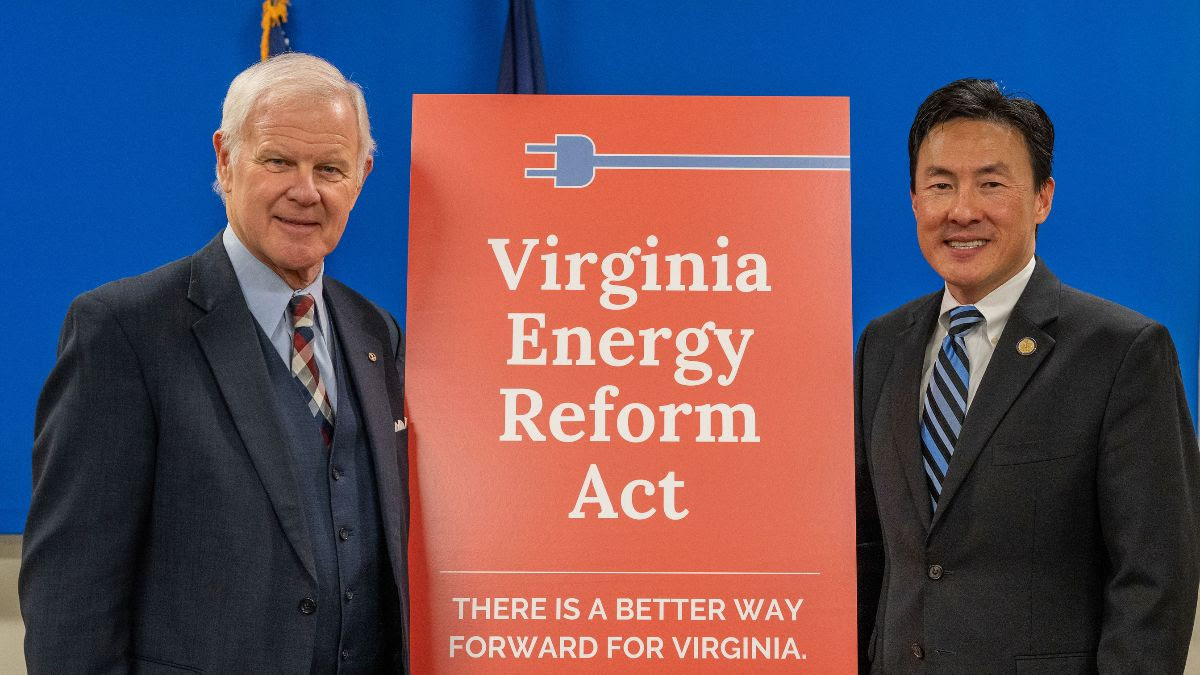 Delegates Mark Keam (D-Fairfax, right in the photo) and Lee Ware (R-Powhatan) announced the “Virginia Energy Reform Act” at a joint press conference in Richmond Tuesday. The bill is capturing tons of attention from the media, legislators and advocacy groups.

In his opening remarks, Del. Keam said the bill would disrupt the current system, where families and businesses have no choice in who provides their electricity, and will create a new paradigm:

“This bill is pro-choice for consumers, pro-competition for marketplace, pro-innovation, pro-technology and above all it’s going to lower the cost and keep Virginia at a place where we’ve always been, which is an innovation leader. “

Del. Ware noted that he’s been a legislator for more than two decades reviewing energy policy in Virginia, and although there’s been pronounced innovation in the energy sector, our regulatory system is holding us back.

“There is a kind of a stasis that occurs pretty naturally when you have what has historically been a monopoly situation. As you look back to last century, that’s what we’ve had. …  We’re not where we could be to take advantage of innovation, consumer choice, I think we need to enhance it a much greater level than we have done and take this chance to unshackle us from the kind of monopoly regulation we’ve had.”

Thanks for your commitment to energy choice in Virginia!